This essay was the original liner note idea for élan parlē’s new CD, I Am Élan Parlē. However, Ming asked that it be edited for simplicity. The resulting liner note essay that was published in the CD package can be read here. 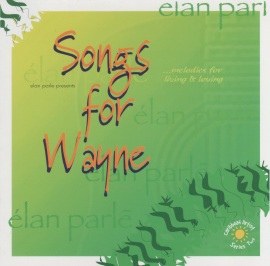 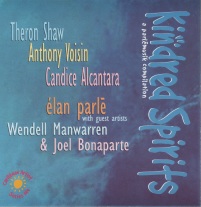 At the dawn of the 21st century in Trinidad, Michael “Ming” Low Chew Tung and his band/brand élan parlē launched its debut CD collection of tunes, Tribal Voices (2000), which signalled a changing of the guard with regards to that fusion exercise begun in this region called Calypso Jazz. 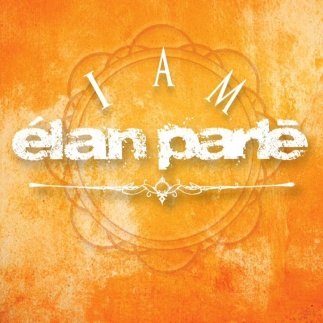 Thirteen years later, he re-affirms the brand with the declaratively titled, I Am Élan Parlē completing an arc that spans and includes the development of a new generation of music pioneers constantly searching for the new definition of jazz in the Caribbean.

Kaisojazz — calypso jazz for the modern nativist musician — was a new expression of pan-African Caribbean heritage that started in Trinidad in the early 1960s, with Barbadian Scofield Pilgrim playing a pivotal role in the development of this new jazz style. (Calypso and jazz, as new musics from the Americas, were influencing each other for decades before, but kaisojazz was a determinedly modern Trinidad expression.) We are told by researcher Warren R. Pinckney, Jr.:

Pilgrim founded the Queen’s Royal College [QRC] Jazz Club in 1961 at Port of Spain, Trinidad. He worked at the club and succeeded in attracting many members of the community to participate in club-sponsored courses on jazz history and appreciation. Professional musicians in Trinidad were initially hesitant to become involved with calypso jazz because they felt this experimental music could jeopardize their reputations; hence Pilgrim had to rely on student musicians who “had nothing to lose” by experimenting with this untried approach.

“Ming” is part of that lineage of great QRC alumni, forging bonds with the protégés of the Pilgrim generation to continue the music’s evolution into the end of the 20th century. The idea of students who “had nothing to lose” is an important signifier of the element of risk in jazz. Youth and hubris are characteristics that have been central to the creative spirit of these islands. Steelband was willed into acceptance from the society by the “audacity of the creole imagination” of those young men at the periphery.

“Ming” and his colleagues belong to the “New School” of local jazz musicians, who followed both the Scofield Pilgrim generation (Clive Zanda et al) and the protégés of the Pilgrim generation (Raf Robertson et al). This third stream, if you will, were students of higher learning in music theory and recorded prolifically in the early 2000s putting into the marketplace many CDs featuring the modern instrumentation that flourished during related tech boom a decade prior. The internet provided the opportunity for unprecedented global commercial reach with varied success, however. The musical influences also became global and certainly more inclusive of the varied rhythms and themes in the diverse music of the Caribbean.

I Am Élan Parlē marks the continuation of the search for both an aesthetic and commercial response to the idea of innovation and improvisation in Caribbean music. élan parlē‘s coda at the close of the first decade of the new century was a trio–based collection of tunes (released in 2011) called Jazzalypso, which signalled a maturity in conceptualisation and execution that continues with this CD. First impressions lead a listener to recognise that while the aesthetic of the CD says Caribbean elegance, the nuanced use of influences beyond the boundary is obvious.

Trinidad is blessed with peoples far flung from their cultural moorings who seek succour in this island; the Syrian/Lebanese community is one such group, though culturally subsumed, with soft echoes of their Middle Eastern heritage peeking through on this CD. The opening couplet “Eastern Sunrise/East & Bull” mines an influence not frequently sought by prior musicians in the Caribbean. The Turkish rhythm, with the rare time signature, so successfully employed by Dave Brubeck on “Blue Rondo à la Turk” is nuanced here — from 9/8 to a Balkan 7/8 rhythm — to add a new twist to a harmonic progression that resolves comfortably in a Caribbean setting.

“Port of Spain” is a nod to the Chick Corea classic, “Spain,” riffing on the original piece’s introduction to expand that location idea, and place it in a city that is, according to Nobel laureate Derek Walcott, “a noisy ante-room between vacation islands and the continent,” a home to a million ideas creating a culture. In this tune, one hears the reflections of the fortunate traveller — “Ming”, maybe — who has come to terms with the superficiality of music borders that define de jure restrictions that try to limit potential for collaboration. This is memory, not mimicry. This is imagination and influence. This is joy and sensibility.

There is joy and intelligence in the nomenclature of élan parlē music. With tongue firmly planted in the cheek, “Ming” continues his exploration of double entendre in song titles. Calypso history in Trinidad is replete with examples of this island wit, and in the hands of “Ming”, a play on words is a play to the gallery, but not in the crude sense of aping inferiority for accolade, but in the tradition of the man-of-words in the West Indies. “East & Bull” references Istanbul, the Turkish city, to locate the Turkish musical scale used in the piece with a ribald definition of a “bull.” “Spanish Thyme” — a native herb — has the homophone of “time” to point the reader (and listener) to a new sonic pathway. The élan parlē catalogue is full of these pseudo-homophones: “E-Jaco-lation,” Wejouvaynation,” “Mocha Sin,” and “Another F in Jam” among others.

élan parlē has extended the ideas of Caribbean jazz so successfully brought to this point by others. Warren A. Pinckney referencing Schofield Pilgrim noted that, “Caribbean jazz is an improvisatory musical idiom based on the use of various native rhythms and folkloric traditions found on islands throughout the region.” He further notes that:

“…the replacement of swing rhythms (which were not native to the Caribbean) with calypso rhythms, stimulated a positive reaction among [Caribbean] listeners, who identified with these native instruments and rhythms.”

The works of pioneers were not in vain. We are positively stimulated.

I Am Élan Parlē is recognition of the crossroad arrived at after more than a decade creating and recording music in the Caribbean. The vision of Michael “Ming” Low Chew Tung for the band in its genesis was clear: “élan parlé, [is] artistically interpreted to mean ‘spirited conversations.’ These spirited conversations are often spoken in a Caribbean dialect, discussing World issues, but from a Caribbean perspective.” The Caribbean perspective is now global. The diaspora is real, and its influence on the spread of Caribbean culture is noted. The Caribbean dialect is undiminished. That accent is now popular and sexy. A new definition of Caribbean Jazz in a metaphorically flat world with growing inter-connections is announced in the music of this CD. I am élan parlē because I am the world.

©2013 Nigel A. Campbell. All Rights Reserved