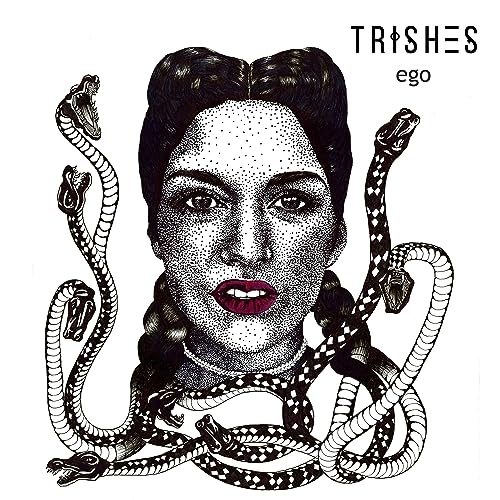 Trinidadian-American Trishes (Trish Hosein) has completely erased her previous ingénue musical incarnation, reviewed in this magazine in 2015, to remake herself as a crafter of songs and lyrics that resonate cerebrally and capture a more mature slice of life everywhere: a tabula rasa with a natural grown-up sensibility that is charming and musically intriguing. Ego is her new multimedia project that includes a five-song electro-pop EP, tied together thematically by an interesting take on the human psyche. As Trishes explains, “Ego explores money, government, language, self-awareness, and creativity, and does it with songs, music videos, spoken word pieces, and small art collections.” Songs that reflect headline news, such as the rise of the alt right in America and the counter-protest response — “Hydra” — and plight of refugees — “Language” — suggest that Ego is a soundscape for the wise use of metaphor and the clever re-emergence of an original voice. 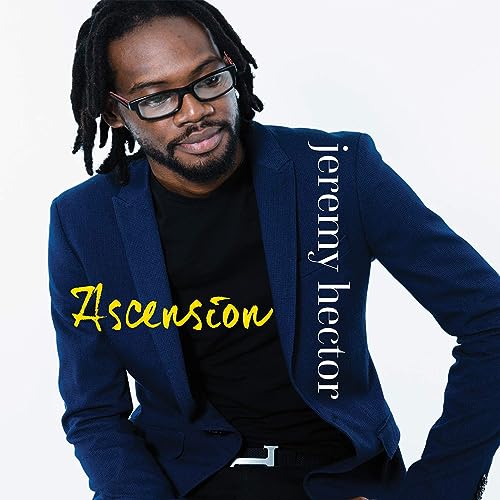 Young, gifted Grenadian guitarist Jeremy Hector makes his album debut with the aid of countryman — and Canadian Music Award winner — Eddie Bullen at the production helm. There is a flawless sheen to the smooth jazz tropes that ooze like treacle from these eleven tracks. That could be a bad thing, in that there is a sameness of song profile, but there’s a silver lining in the sound of that guitar. The tone of Hector’s instrument is remarkably listenable, suggesting there’s more for the audience than sonic fantasies of island life and tropical vacations. Hector’s mature supple fretting technique allows for fluid playing, and the listener’s obvious ease of engagement with these compositions — ten, self-composed — add to the idea that this debut was long overdue. A Caribbean rhythmic aesthetic shines through on the tracks “St Paul” and “Islander”, in particular, to give this album a unique distinction. 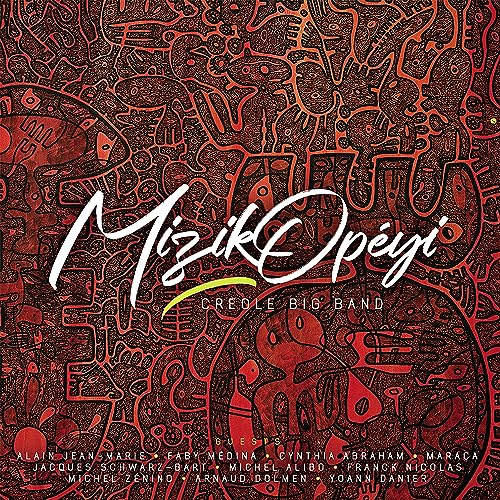 MizikOpéyi is an interesting concept in the Caribbean: an ensemble in the style of a New Orleans big band, but one which “combines swing in all its forms with the rhythms of the Antilles, with a rejuvenating modernity.” Formed by former Malavoi lead singer Tony Chassseur and his fellow Martiniquan, pianist and arranger Thierry Vaton, the band mines the music of the French Antilles, Haiti, and other Creole music sources globally. On their fourth album, the eponymous Creole Big Band covers the Creole music of the Caribbean and the overseas department of Réunion, and adds new tunes that showcase their wide repertoire. It also fascinates with a sound that can rival any big band in the land of jazz, yet is suffused with a kind of Caribbean fusion originality. Guest soloists include Jacques Schwarz-Bart, Franck Nicolas, Orlando Valle, Alain Jean-Marie, and Michel Alibo, to name a few. A new favourite for the seeker of Caribbean excellence. The Trinidad calypso is now in the hands of the legendary Carlos Santana, one of the world’s most popular artists, and Afro-Spanish singer Concha Buika. This nugget, composed by the Roaring Lion in the late 1930s, was a lament about a deceiving woman named Tina. Icon Calypso Rose transformed it into the calypso “Abatina” in 2016, about the domestic abuse of Tina, who “was no deceiver.” Santana takes his cues from the Calypso Rose version, both lyrically and musically, as he steps up the tempo from the classic 1930s calypso to a danceable primitive soca groove. Buika’s voice is heavenly as she squeezes out the pathos of the lyric that turns Tina from a scourge of Roaring Lion to a martyr killed by the hand of her abusive husband. The guitar sound is classic Santana. This song is on his new album Africa Speaks, said to be “inspired by the melodies, sounds, and rhythms of Africa.” Trinidad calypso has gone global in inspiration and influence.