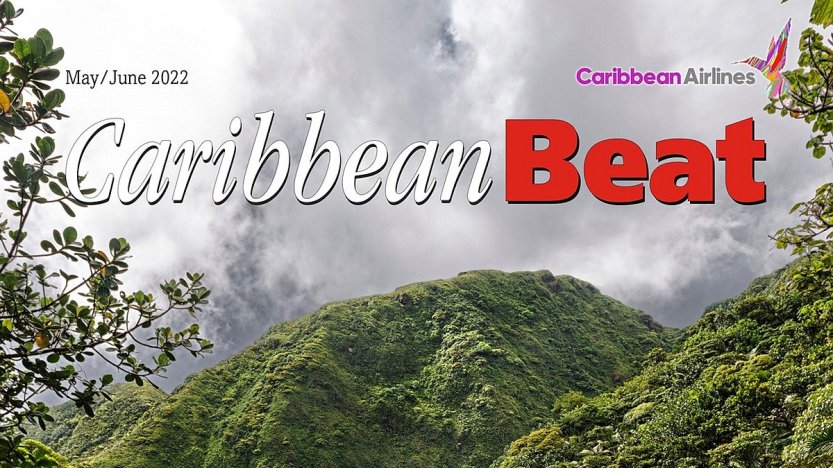 These reviews appear in the May/June 2022 issue of Caribbean Beat Magazine.

This Trinidadian singer-songwriter and now bona fide star has released her first full-length album after a career that has seen her move up through the ranks of female soca artists from the islands. An introductory spoken word piece by Cherelle Sambrano tells us that Batson is “an aphrodisiac of Caribbean passion, deep rooted in the richest soil. She produces the most essential oils. She is everything.” And with that, we are immersed in that sweetness. Batson’s songs inspire dancing, and allow listeners to repeat lyrics that speak plainly to desires, to joy, to ambition.

Fourteen songs cover a range of topics, all laced with that trademark piercing voice, and a music profile that covers various island genres — one hears zouk, soca, bouyon, island pop — giving credit to her growing fame as a pan-Caribbean favourite. Batson sings of relationships and carnal desires without the rudeness of the male gaze. That female perspective renders the misogyny of soca as playful taunts and cogent observations on Caribbean brio and life. She returns the gaze and mocks traditional roles: I don’t need your money honey / I just want your waist / But if you insist on spending, honey / I go take it still, she sings in “Sugar Daddy”.

A standout track is the album closer, “Because of You” — an a cappella praise song, wonderfully harmonised, that celebrates an undeclared guiding force. We can assume it’s a higher power or maybe a lover and friend, but the song rings true. Nadia Batson is the songwriter of hits for many Carnivals, and with this album, she is headed for a career beyond Caribbean festivals.

Koffee is the new face of Jamaican dancehall music, and with this debut full-length album, the Grammy winner is changing the way we dance to and sing along with dancehall. Modern production, global vision, positive vibe. She sings on “West Indies”: Coming from the West Indies / And you know say we giving them the best indeed. We expect no less. A gift.

On her first LP, this UK-born and based, multi-disciplinary artist celebrates her deep Jamaican roots by juxtaposing the cadence of Patois against music from her London metropolitan base — gospel, reggae, pop, soul and R&B — giving the 11 songs here a universal appeal. Honest elucidation of her triumph over fears and insecurities give them dignity.

Bajan saxman Elan Trotman is a prolific musician who used the break from live performances during the pandemic to continue his creation of an unrivalled oeuvre of contemporary jazz music for the discerning masses. Enhanced by a host of featured guest performers, this album offers a Caribbean smooth instrumental soundtrack to a hopeful future.

Guadeloupean drummer Arnaud Dolmen says that this, his second album, is “about how we adapt and adjust … The unexpected should be a source of strength.” Within it, Kwéyòl jazz, Vodou lyricism, and native gwo ka drum rhythms mix with and influence instrumentation that echoes a Creole past, and points to new ways of assimilating. Antillean music evolved.

A UK newspaper once wrote, “In St Lucia, country isn’t so much a genre of music as a national obsession.” St. Lucian Teddyson John explores the possibilities, fusing a rhythmic bluegrass mandolin strum with a subtle Dennery Segment beat to create a fun soca tune that could have everyone line dancing a jig — or wining like it’s a carnival. Yee-haw!