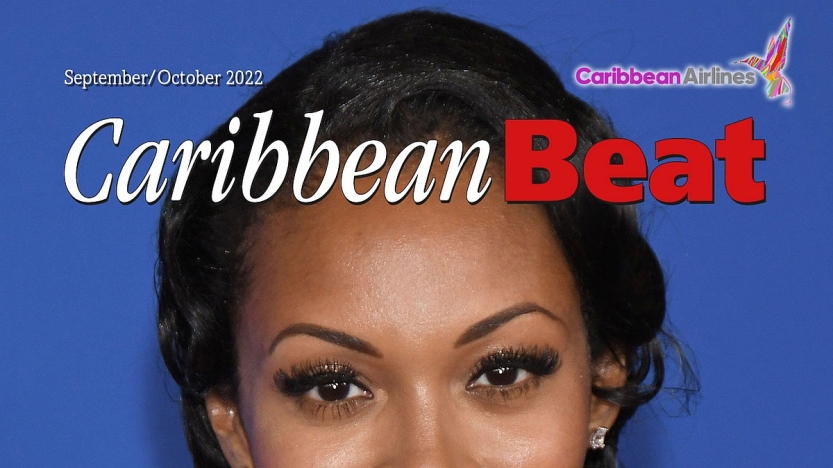 These reviews appear in the September/October 2022 issue of Caribbean Beat Magazine.

Girl in the Yard — Joy Lapps

Steelpan music recordings are back. Toronto native of Antiguan descent Joy Lapps is providing a new engagement with the steelpan that is welcome after the dearth of new material for the instrument in the last few years. On this new album, her fifth since her recording career began in 2006, one hears the development of a broader palette and range of musical environments in which the steelpan is placed. One hears rhythms and sounds on these originals that are part of the multicultural milieu of her Toronto situation: metropolitan motifs mimicking a Caribbean presence, latent Latin American vibes, searing electric guitars, and sterling musicianship. One hears Andy Narell’s melodic template on “Josie’s Smile”, including cuatro and bottle and spoon in a vintage Caribbean soundscape; as a bonus, he solos here. Lapps’ presence as a female leader on a steelpan recording is rare, trendsetting and welcomed. Her story. Our joy.

Trinidadian self-described vocal chameleon Braveboy (he does it all: Caribbean chanting over hip-hop and trap music, rapso aesthetics and soca lyricism) has compiled his global collaborations with artists near to and far from his Caribbean moorings. An avatar for a modern connected music universe, (Marcus) Braveboy has hit upon a formula that looks to position him and his music somewhere and anywhere island vernacular and accents can make for pleasant listening and, importantly, commercial connections that last. DJs and electronic musicians from Latin America, Europe, Asia and Africa (more than a dozen in all) work with Braveboy to craft dance tunes that throb with perfectly sampled rhythmic intensity and delight in fiendishly cheeky exhortations to dance and sing along — all flavoured with that island cadence. Afrobeats, soca, reggaeton, and dancehall mix with shake ‘n bass, trap, and many more EDM beats. Caribbean fusion on steroids.

Haitian superstar Wesli, a longtime Canada resident, is preparing a new two-album series — Tradisyon — which is to be an exploration of authentic and modern approaches to Haitian roots music. This second preview single follows the new direction of the music, blending the electronic with the traditional. Dubstep meets a modern African pulse — provided by pioneering African DJ and producer AfrotroniX — and Haitian yanvalou rhythms, Voudou chants and rara drums to create a sound that has a global tag and an Afro-Caribbean heart. The song, sung both in English and Kreyòl, is described as a message of resilience and a song of courage for his countryfolk who cross the border to the Dominican Republic because of the insecure nature of Haiti. You have to know where you from / To know where you gwan / You got to do what you say / Keep your promise every day. This song is the cutting edge of new Caribbean music sound.

Loco For The Coco — Keba

Trinidadian singer Keba, now Florida-based, has released an anthem for women of colour on this new single. With a title that hints in a calypso-like double entendre way at carnal desire and awe, the song’s narrative differs. Musically described as “a cross-cultural fusion of island music with elements of R&B/hip-hop”, the song is paced just slow enough for the message of women’s sexual agency and marginalisation in America to get through. Her accompanying video utilises the folklore character of the La Diablesse, an anti-heroine temptress, as a visual metaphor to remind all men of the “look, don’t touch, or else” directive. She raps: So, miss me with the colour-blind compliments / Act like you know a thing or two about immigrants / All this talk about my pretty little accent / I don’t need a man, I need a new President / Or was I in your wet dreams, in 2016 / When you voted to make America great again, huh? BOOM! Mic drop.