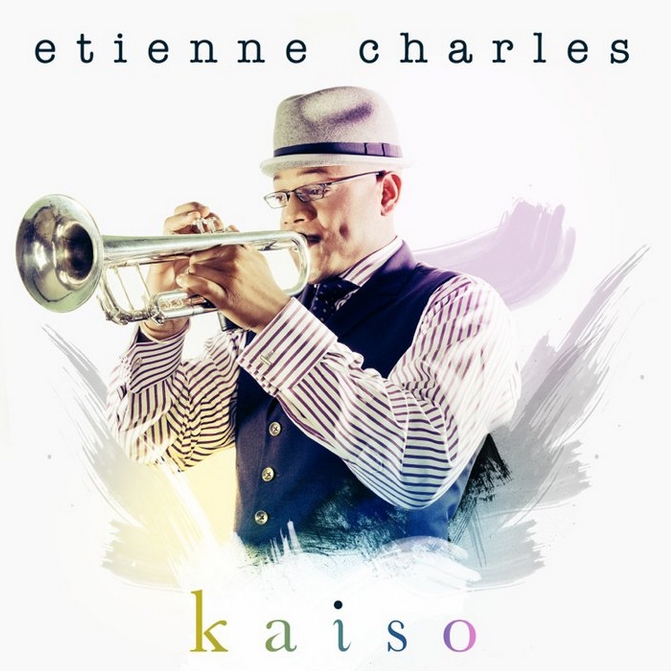 In 3 days in March 2010, Etienne Charles and his group of young American musicians created a new masterpiece, a 70 minute ode to the majesty of Calypso and its music called kaiso. Artfully augmented by prolific Jamaican recording artist and pianist Monty Alexander and Trini-by-blood American percussionist Ralph MacDonald, Charles produced a testament to the idea that Calypso music and the chantuelle’s canon are ripe for the reinterpretation by jazz musicians worldwide. That we had to wait until July 2011 to officially hear this new CD is a tragedy of modern music business that distribution and attribution are matters that are real, and our patience for new music after 2009’s Folklore would not be sated until the product is ready.

Charles once again has set a standard for excellence both in terms of production and artistry. After the obligatory self-composed title piece, the listener is treated to an interpretation of the songs of three legends of recorded calypso, Roaring Lion, Mighty Sparrow and Lord Kitchener. The blending of the New Orleans tradition of horn-based improvisation and the use of a chamber orchestra on the sublimely beautiful “Rose” and “Theresa” are sufficient for the removal of any doubt of the efficacy of purchase. Those songs serve as a simultaneous expression of both African and European contexts of calypso as “New World African music”; Roaring Lion’s thesis on calypso’s French genesis juxtaposed against the universally accepted African legacy. This is high art and popular culture without the acknowledged divide or genuflection to either side.

“It is of course difficult…to make wholly convincing correspondences from music into literature; and easier to demonstrate relationships between jazz improvisation and the folk/oral tradition than it is to do with jazz and the more conscious products of the written tradition…What can be said with some certainty, however, is that on analysis, it would appear than many folk forms [like the calypso]…contain elements of improvisation.”
— Brathwaite, Edward Kamau. “Jazz and the West Indian Novel (Parts I, II and III).” Roots: Essays in Caribbean Literature. Ann Arbor: U of Michigan P, 1993. 55-109. [orig. pub. 1967-1968]

Barbadian poet Kamau Brathwaite’s connection between West Indian words and jazz is realized in Charles’ music. He goes into the words and their seminal context as a catalyst for improvisation. The interpretation of words, calypso being primarily a lyricist’s and singer’s art, by his band of non-natives points to his inspired use of jazz. Herbie Hancock trod similar ground in his Grammy Award winning CD, “River: The Joni Letters”: “But in order to do justice to Joni Mitchell’s music, it only made sense for the lyrics to be the driving force.”

This process is refreshing in the modern context of Caribbean artistic excellence while allowing for mass consumption. We in the Caribbean need “imagineers” (to use a Disney phrase) to inspire thought, adulation and validation. This is the music of a thinking man. A young man at that, so the possibilities are infinite at a time of narrowing horizons.

Ironically, in that same Brathwaite essay which was written in the 1950s in Africa but not published until 1967-68, the author posits that:

“Jazz has been from the beginning a cry from the heart of the hurt man, the lonely one. We hear this in the saxophone and trumpet. But its significance comes not from this alone, but from its collective blare of protest and its affirmation of the life and rhythm of the group…there is no West Indian Jazz. The urban, emancipated Negro musical forms in the West Indies, where they appear at all—the calypso in Trinidad, the ska in Jamaica, and the similar, related forms in some of the Spanish and French islands—are concerned with protest only incidentally…The West Indian musical form, where it has any general area of application at all, is basically a music for dancing…There is no suggestion of alienation, no note of chaos in calypso.”
— Ibid

kaiso revels in the “danceability” of tunes such as Kitch’s “Sugar Bum Bum” and Sparrow’s “Ten To One Is Murder”—both road march contenders as performed by the brass bands of the era—and an earlier chantuelle lavway of “J’ouvert Barrio,” and juxtaposes the riffs with group vocals that play to that sense of celebration that Brathwaite argues is not definitive of jazz. Poor him. His essay came too early. He needs to “listen” to a redefinition of jazz as posited by Charles. This is swing with an African Caribbean rhythm. This is improvised joy.

kaiso redeems my faith in music education as a tool for superlative music creation. To improvise, one must know the language and grammar of jazz. Calypso, too, has a language and grammar of its own mastered by few singers and local musicians. Lord Superior—the last of the greats—acts as a rhapsodist as opposed to troubadour and bard, vocalizing the wit of Kitchener. “Kitch’s Bebop of Calypso” is a laundry list of jazz pioneers rhymed to accolades and interspersed with improvised solos by this band of students of calypso. Roaring Lion’s thesis of the French troubadour being a progenitor to the Trinidadian chantuelle, though discredited, is alive in the performance of Superior.

Charles has performed in Trinidad on a number of occasions, bringing with him his American musicians to drive his nativist ideas of the evolution of calypso; the education of the emancipated Negro. Recorded statement precedes the celebration of live performance. kaiso is Etienne Charles’ latest sonic statement. It is a statement of élan and intelligence. It may also just be the catalyst to take the instrumental jazz music of the English speaking Caribbean out of the domain of piano players. Bravo, bravo! Kaiso, kaiso!

One thought on “Etienne Charles say kaiso! Jazz and the West Indian Word”